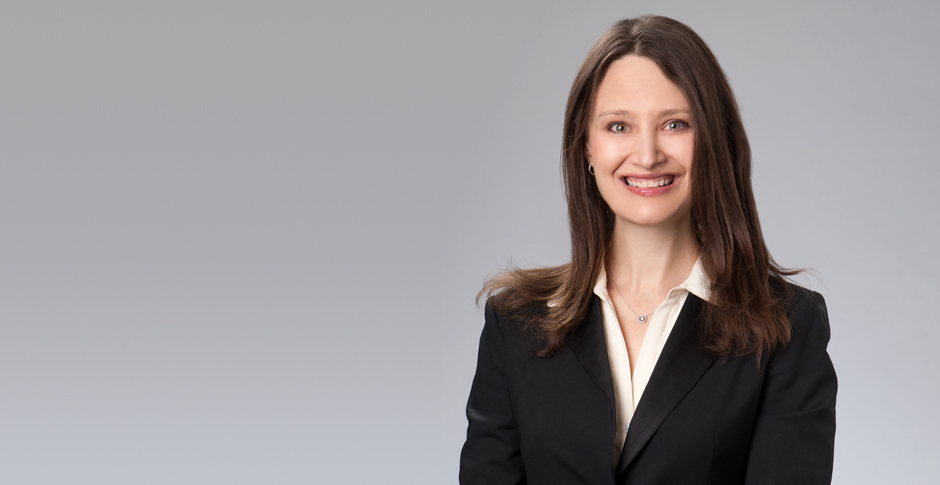 Rachel Hobbs is a Partner in Selman Breitman’s Los Angeles office and is a member of the firm’s Insurance practice group. Rachel represents insurance companies in a wide array of trial and appellate court matters, including cases arising out of business, entertainment, and construction disputes and catastrophic commercial auto losses. Rachel’s clients include large and mid-size insurance companies that operate throughout the Western Region of the United States.

Rachel’s extensive experience with nearly all facets of insurance law provides her with a unique ability to handle large, multi-party coverage disputes. She has successfully defended a number of class actions against insurers alleging unlawful and/or unfair claims practices under Business & Professions Code section 17200. Rachel's practice focuses on complex law and motion and appeals, and she is a senior member of the firm's Writs and Appeals department. Over the years, she has played an important role in developing and refining insurance law at the appellate level. She has obtained over 15 published insurance law decisions in the Courts of Appeal, California Supreme Court, and Ninth Circuit Court of Appeals. These cases involved key issues ranging from an insurer's right to reimbursement of defense costs paid but never owed, to the confidentiality of intra-corporate claims handling communications.

Rachel is called upon by trial attorneys within and outside of the firm to provide consultation concerning complex appellate issues of all types. She has given presentations to other attorneys regarding persuasive brief writing at the trial and appellate court levels. In addition, she has been recognized as a Super Lawyer in the area of Appellate Law in 2013-2017 and 2019-2022. Rachel's published articles relating to insurance law are available on her articles page.

Rachel is originally from the suburbs of Chicago, Illinois, and presently resides in Los Angeles, California.  When not helping clients with their legal needs, she spends time hiking, reading, volunteering and enjoying the outdoors.

Selman Breitman represented an insurer which had issued a Comprehensive General Liability policy before the California Supreme Court.  The Supreme Court agreed with Selman Breitman that the Court of Appeal had erred in finding that a defendant may obtain an award of affirmative relief against a plaintiff by way of a set-off against a demand for money.  Rather, the defendant may only assert the set-off defensively to defeat the plaintiff's claim in whole or in part.  The Supreme Court declined to decide the substantive issue as to whether a set-off claim could be covered under the specific terms of the TIG policy as the plaintiff had failed to prove the terms of the policy

Successfully moved for summary judgment on behalf of excess insurer client.  Argued that the insurer's policy was excess to and "followed form" with the underlying 2005 to 2006 Capital policy with $1 million limits.  Since the underlying 1994 loss occurred outside the effective dates of the underlying Capital policy, it was likewise not covered under the insurer's "follow-form" excess policy.  Defeated plaintiffs' argument that the excess policy was "ambiguous" as to whether it was excess to a different policy, namely, a 1993 to 1994 Crusader policy with $500,000 limits.  Crusader had defended the action arising out of the 1994 loss and contributed its $500,000 limits to the $1 million settlement (with the plaintiffs contributing the balance).  Plaintiffs contended that the excess policy's Schedule of Underlying Insurance was "ambiguous" and could be interpreted to refer to Crusader because the Capital policy number was described as "TBD."  We argued that to be ambiguous, a policy provision must be subject to more than one "reasonable" interpretation.  The reference in the Schedule of Underlying Insurance to a 2005 to 2006 Capital policy with $1 million limits could not reasonably be interpreted to refer to a 1993 to 1994 Crusader policy with $500,000 limits.  The Second Appellate District affirmed.  It agreed that the Schedule of Underlying Insurance was not reasonably subject to the interpretation plaintiff espoused, namely, that Crusader was the underlying insurer.  The Court of Appeal further agreed with our argument that there was no amount in "excess" of $1 million as required to trigger excess coverage in any event, since the underlying settlement was for exactly $1 million.