Life should not be a journey to the grave with the intention of arriving safely in a pretty and well preserved body, but rather to skid in broadside in a cloud of smoke, thoroughly used up, totally worn out, and loudly proclaiming 'Wow! What a Ride!'

It is with great sadness that we announce the passing of partner, Scott Goldberg.

In 1986, shortly after graduating from Pepperdine University School of Law in Malibu, California, Scott Goldberg joined our firm as an enthusiastic, young associate. Within a few years, he would rise through the ranks to become partner and assume responsibility for the firm’s asbestos and toxic torts department.

Scott always was excited to meet new people and develop authentic friendships. The importance he placed on making connections helped him take the asbestos and toxic torts practice area and grow it to become a substantial part of the firm, so much so that he and the firm developed a national reputation in this area. That was just one of the many major achievements he accomplished in his 35 years with Selman Breitman. 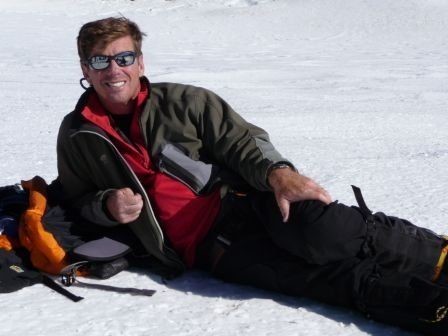 Scott also was appointed by various manufacturers as national or regional coordinator, and he tried a substantial number of cases and managed thousands throughout the United States. Throughout his time as partner, he served as a member of the firm’s Executive Committee and helped play a critical role in the firm’s continued success. Over the years, many young lawyers passed through the doors of our firm, and Scott took on the role of mentor, helping to launch many very successful legal careers.

He was respected by his colleagues, his clients, other defense attorneys and members of the plaintiffs’ bar. His absence will be felt across the entire legal community.

Beyond his professional life, Scott put his all into every one of his passions, and he had many. Hiking, biking, triathlons, glass collecting, mountain climbing, concert going…the list goes on. He climbed Mount Whitney, Mount Rainier, and Mt. Kilimanjaro. He visited each of the 50 states. He loved ocean swims, and he especially enjoyed getting people to swim with him from Alcatraz Island to San Francisco. He truly was a life-long learner and expanded his knowledge by using his downtime to read books and watch documentaries.

Scott is survived by his wonderful family – his wife Cheryl, whom he was married to for 35 years, and their two sons, Zack and Drew. Our thoughts and prayers are with them.