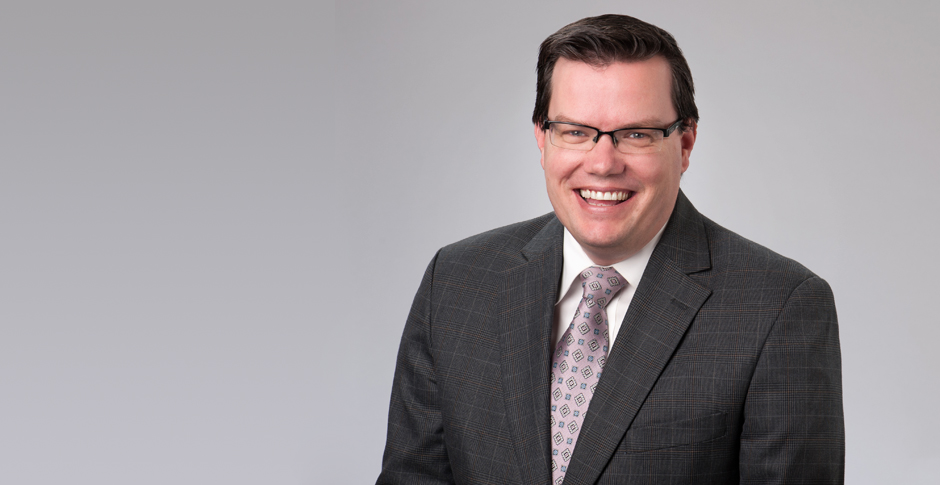 Partner
V
EMAIL: thaas@selmanlaw.com Location: San Diego
Phone: 619.564.3604 Fax: 619.564.3636
Todd Haas is a Partner in Selman Breitman’s San Diego office and is a member of the firm’s Insurance, Commercial Litigation, General Liability, and Trucking and Transportation practice groups. He represents insurers in coverage disputes, including cases arising out of first- and third-party property casualty issues, construction, employment matters, intellectual property, healthcare, and extracontractual issues. He also has experience representing hospitals and residential care facilities for the elderly (RCFEs) in disputes that involve sophisticated claims and lawsuits involving nursing care, medical standard of care, and employment matters.
With tremendous experience in insurance coverage and litigation, Todd consistently and efficiently analyzes complex insurance coverage issues with ease and clarity, allowing him to effectively and efficiently advocate on behalf of insurers. His collaboration and team approach is a great asset to obtain great results and to prioritize his clients’ interests.
Todd has been responsible for several published opinions before the California Fourth District and the Ninth Circuit Court of Appeal, as well as a response to a writ of certiorari to the United States Supreme Court. His landmark case California Traditions, Inc. v. Claremont Liability Insurance Company (2011)197 Cal.App.4th 410, reaffirmed that a policy term is not ambiguous simply because it is not defined in the policy and that the reasonable expectations of the insured can only be used to interpret an ambiguous policy and cannot be used to create an ambiguity if none exists.
Todd has an extensive background in general liability defense, specifically in the area of health care. In particular, Todd obtained a defense verdict for an RCFE in a complex and difficult three-week trial in which the plaintiff sought over $4 million in damages. He has also defended a local hospital against a difficult Family and Medical Leave Act, which resulted in a minimal verdict after trial. He also handled a six-day binding arbitration in an employment case which resulted in a very minimal award.
For the past several years, Todd has coached the Coronado High School mock trial team in a county-wide competition. Last year, Todd's team was given two awards for best witness and best clerk, and received high accolades for its performance in the competition.
Todd is originally from Whittier, California and presently resides in Coronado, California with his wife Heather, a local fashion designer. He has three children: Ethan, Jonah and Abigail. When not helping clients with their legal needs he spends his time playing poker, coaching mock trial, and cheering on his children in their many fantastic endeavors.

Represented an insurer client before the California Court of Appeal. The appellate court upheld a manuscript exclusion included in a policy issued to a rough framing subcontractor regarding liability arising out of work performed on condominium and townhome projects. The insured argued he reasonably expected coverage as the units had many of the outward appearances of non-condominium detached single family homes (e.g. freestanding units with non-shared walls and utility lines); and (2) the exclusion was ambiguous because the term "condominium project" was not defined in the policy, and a reasonable insured would not have viewed the exclusion as precluding coverage for the insured's framing work performed on freestanding units "that did not bear the indicia commonly associated with a condominium project." The trial court rejected these arguments and granted our client's motion for summary judgment. The Court of Appeal has affirmed, helping to solidify the intent of these condo project exclusions, so important to many of our clients. Although the Court first determined not to publish the opinion, since it was helpful to insurers generally, Selman Breitman successfully sought publication.

Mr. Haas is active in a wide variety of community, church and charitable organizations, including the Kiwanis Club, YMCA and Adventure Guides. He has acted as the youth pastor at his church, coached basketball and served on several committees for the City of Coronado, and has been active in defense of nursing home and elder law claims.