An adverse decision at trial does not mean that all options have been exhausted. You have options that start with contacting our California law office. The legal team at Selman Breitman is composed of skilled and experienced appellate attorneys who provide unwavering dedication toward overturning an adverse verdict, or ensuring that a favorable one remains intact.

An appeal is not a redo where arguments posed in the trial are rehashed. However, a solid knowledge of trial court practice and procedure is an invaluable tool in identifying appealable issues. Our attorneys use original and innovative strategies gained from trial court experience when litigating at the appellate level. Subtleties exist, specifically when it comes to identifying:

A keen awareness of those subtleties through trial court experience helps in writing powerful briefs, making compelling arguments and having decisions reversed.

Hiring an appellate attorney at Selman Breitman to handle your appeal puts new eyes on the case. Not only do you get a fresh perspective, but you get specific experience and unparalleled insight. Trial law and appellate law differ, as do the skills possessed by trial lawyers and appellate attorneys. An objective view of your case can make all the difference between an appeal's success and failure.

With many appeals, time is of the essence in taking action. Contact a California appellate law attorney today.

Successfully appealed a plaintiff verdict in an action for misappropriation of likeness of an athlete by defendant gym by convincing the appellate court that the trial court improperly permitted evidence of prior settlements of lawsuits for unrelated incidents to go to the jury as evidence of damages of the present misappropriation action.

Obtained affirmance of a trial court decision on behalf of a non-profit organization finding that a former member of the non-profit had no standing, either on her own behalf or as a member of the public, to assert statutory Unfair Competition claims against the non-profit under California Business & Professions Code §17200.

After a defense verdict was obtained on behalf of a Mandarin/English electronic translator in an action by a competitor who claimed to have suffered millions of dollars in damages in a trade libel/breach of contract action, successfully argued that the judgment should be affirmed in the Court of Appeal. Much of the case turned upon the definition of the term "degrade" in a contract between the manufacturers. The Court of Appeal upheld the trial court's finding that the dictionary definition was not the definition contemplated by the parties, which resulted in the defense verdict.

After winning in the trial court, established significant appellate authority on the scope of the professional services exclusion in the standard general liability insurance form by upholding the judgment that determined that ear-piercing was a "professional service."

In a contribution action by another insurer addressing the exclusive defense language in the insuring agreement of the excess policy, the Court of Appeal upheld the granting of a motion for summary judgment on behalf of client insurance company. This was an issue of first impression in California, and remains the only Court of Appeal decision to date to address the issue.

Represented client insurer in litigation against its insured, a nationwide printing company. Insured had sought a defense and indemnity in a misappropriation of trade secrets case pending in California under the advertising injury coverage of client insurer's CGL policy. Client denied coverage, and the coverage issues were litigated in Texas, where client maintained its principal place of business. Client insurer obtained a favorable ruling from the Southern District of Texas, and that ruling was subsequently affirmed by the Fifth Circuit Court of Appeal in a published decision.

Successfully upheld before the Ninth Circuit Court of Appeals, a multi-million dollar verdict in an insurance policy rescission action which was obtained in United States District Court on behalf of insurance carrier, based on misrepresentation in insurance application by a holding company with multiple corporate subsidiaries.

Prevailed on a Writ of Mandate on behalf of client insurer, in which the Second District found that the trial court erred in denying insurer's motion to stay a default prove-up hearing pending insurer's appeal of the trial court's denial of its motion to intervene in the underlying construction defect suit against the insured.

Successfully sought a writ overturning the trial court's order and establishing the law regarding an insurer's right to intervene in a lawsuit against its insured in order to present a defense to a lawsuit against the insurer's insured when the insured was in default.  The Court of Appeal issued the writ, ordering the Superior Court to allow the intervening insurer to present all defenses at trial.

After a successful defense of insurer who denied coverage based on Condominium and Townhouse Exclusion, in action by judgment debtor for payment of a $2.6 million default judgment entered against named insured. Prevailed on appeal resulting in published appellate decision in favor of insured regarding applicability of Condominium and Townhouse Exclusion.

Prepared opening and reply briefs for filing in the Ninth Circuit Court of Appeals in multi-million-dollar subrogation action on issue of whether insurer had a duty to indemnify the insured with respect to a judgment in an underlying tort action. Following oral argument, the Ninth Circuit found in favor of our client and remanded the action to the trial court for further handling.

In a case of first impression in Missouri, the Missouri Supreme Court agreed with our excess insurer client's argument that the excess insurer effectively "stood in the shoes" of the insured with respect to the primary insurer, and was entitled to pursue the primary insurer for its bad faith failure to settle under theories of assignment, contractual subrogation and equitable subrogation.
Obtained California Supreme Court decision holding that our insurer client, who had properly reserved its rights, was entitled to seek full reimbursement of defense costs paid but never owed as a matter of law.

Following a bench trial, obtained an affirmance on appeal of the trial court's ruling that the insurer client's "no voluntary payments" clause precluded coverage, irrespective of whether the insurer was able to show that it was substantially prejudiced by the insured's pre-tender payments.

Successfully petitioned for a writ of mandate compelling the superior court to vacate its order requiring the insurer client to produce intra-corporate communications that did not directly involve an attorney, but nonetheless reflected legal advice within the meaning of the attorney-client privilege.

In an insurer-versus-insurer contribution action, obtained a ruling on behalf of insurer client that a worker sitting in the cherry picker bucket of a vehicle was not an insured permissive "user" of the vehicle, since he was not sitting immediately behind the steering controls of the vehicle as Insurance Code section 11580.06 requires.

Obtained affirmance of the trial court's "death knell" ruling striking the class action allegations against the auto insurer client, on the ground that the insurer's use of a two-tiered program paying 100% for auto repairs at insurer-approved facilities and 80% for repairs at non-approved facilities and the use of non-original equipment manufacturer parts did not violate California law.

On appeal, successfully upheld the trial court's ruling in favor of the client property insurer that the plaintiff second mortgagees were precluded from making claims for "vandalism" coverage under the policy because they lost their insurable interest in the first and second mortgages by making a "full credit bid" on the second mortgage at a foreclosure sale.

Obtained affirmance of trial court's ruling in client excess insurer's favor that the insurer's schedule of underlying insurance was not "ambiguous" under the facts as to whether the primary insurer, whose policy expired years before the excess policy incepted, qualified as underlying insurance.
More More 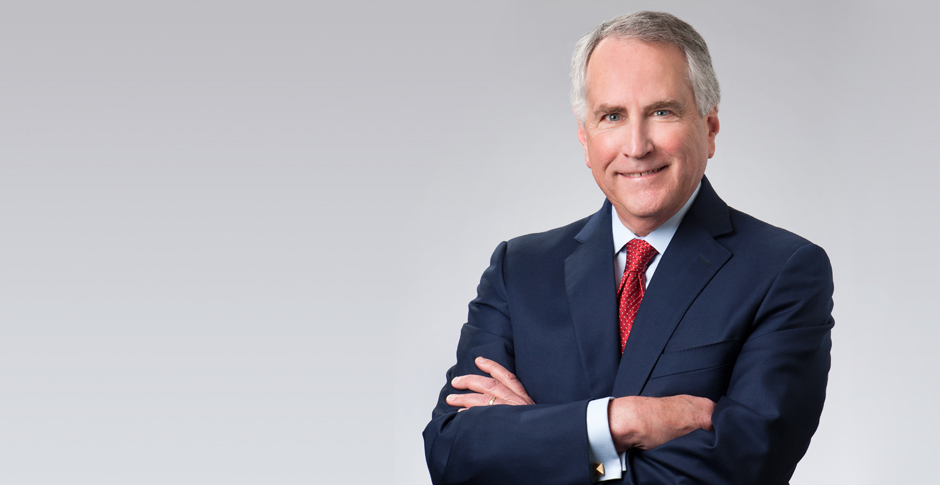